Theory and Modelling in APT

The current point projection method used for atom probe reconstruction assumes a hemispherical tip apex throughout the evaporation process. However, such an approximation is breaks down for multiphase material systems where different phases can have contrasting field evaporation behaviour.

Our group is currently performing research into the use of level set methods for tracking changes in sample geometry during atom probe experiments. Such models are a promising avenue for forming the basis of a next-generation reconstruction protocol. By calculating ion trajectories via charged optics, rather than through approximation via a mathematical point projection, many of the distortions currently observed in reconstructions could theoretically be corrected for. Unlike previous APT simulation tools that solved system electrostatics via Finite Element Method (FEM) and Finite Difference Method (FDM) based methods, our models explore alternative meshless and mesh-reducing techniques such as BEM, multidomain-BEM, and FEM-BEM coupling. Such methods are better suited to efficiently modelling the system electrostatics over the challenging length scales presented in atom probe. 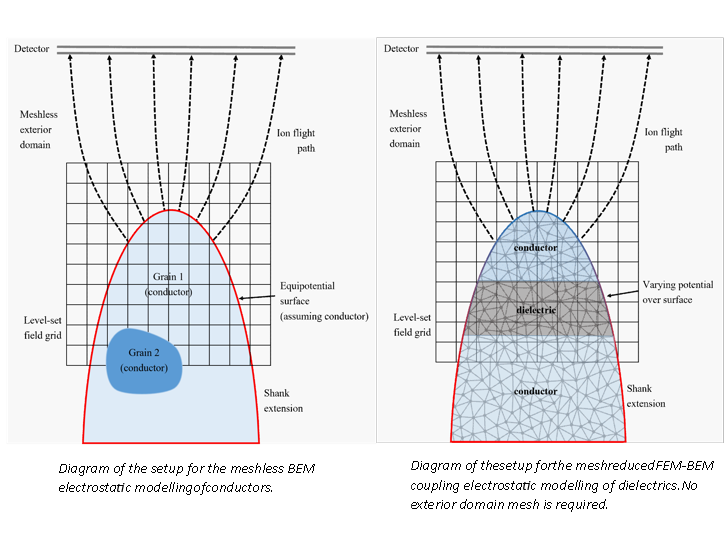